There is no place nor social context in which the gospel of Jesus Christ is not true. From East to West, from the highest height to the deepest depth, there is no place where the Gospel is not good news. When the Lord commissioned His church to take that good news to the nations, He knew this to be true and permitted no artificial boundaries: 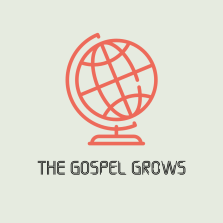 “All authority in heaven and on earth has been given to me. Therefore go and make disciples of all nations, baptizing them in the name of the father and of the son and of the Holy Spirit, and teaching them to obey everything I have commanded you. And surely I am with you always, to the very end of the age.” Matthew 28:18-20

This is good news for us at home among our local church family and our neighbors, and it’s also good news for us in our missional efforts in the neighborhood andd abroad. The good news of the mercy and love of God as seen in the sacrifice and resurrection of His Son remains consistent for every human being. None is excluded, no one is separated from the promise, no sin is too great, no reprobation too deep that cannot be forgiven in the atonement of Christ.

“For there is no difference between Jew and Gentile — the same Lord is Lord of all and richly blesses all who call on him, for, “everyone who calls on the name of the Lord will be saved.” Romans 10:12–13

Truth demands action on our part. Our commission is not just to maintain the base camp, to keep the campfire stoked. We have trusted in the gospel and know the blessing of forgiveness and our restored relationship with God. Considering this, we must be carriers of the gospel so that others can experience the same relief and the same blessing. What was true of the gospel in the first century is true today, perhaps even more so, given the multitude of communication channels and the ability to put ourselves within the borders of all nations.

All over the world this gospel is bearing fruit and growing, just as it has been doing among you since the day you heard it and understood God’s grace in all its truth. Colossians 1:6

Plant a seed, trust in the power of the spirit to water and nurture it and pray for the gospel to grow.

“The time has come” With this announcement, Jesus proclaimed that the single most radical shift in all of history had begun. The plan that God had made for the salvation of His beloved creatures and the redemption of His world was entering the final phase, one that would lead the Savior from Galilee to Cavalry. His announcement was earthshaking, “The kingdom of God is near. Repent and believe the good news!” 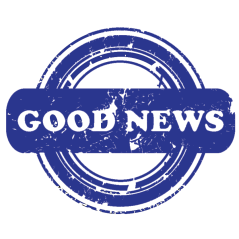 As Mark states in the first verse of his gospel, the good news is about Jesus Christ, the son of God. But the good news is also Jesus Christ, the son of God. The rightful king had come, bringing the kingdom of God near to His creatures in the incarnate form of Jesus. Repent, Jesus says, and believe this incredible news; turn back to God, turn back to home and be blessed by this act of your loving Father.

The gospel is more than an idea, it is a divine force. Among its countless blessings is the power to salvation (Rom 1:16). St. Paul repeats this idea in the first letter that he wrote to the church at Corinth. In that letter he dealt with several disturbing issues that had come to cause weakness in the church and required correction. Having dealt with those issues, rebuking in some cases and gently correcting and others, Paul reminds them of their common foundation, their unity in the gospel. He reminds them that all believers share one common truth; each was saved by the gospel of Jesus crucified and risen again:

“Now, brothers, I want to remind you of the gospel I preached to you, which you received and on which you have taken your stand. By this gospel you are saved, if you hold firmly to the word I preached to you.” (1 Corinthians 15:1 – 2)

The power of the gospel is inherent in its content. God in Christ died to pay the penalty due sinful man. Penalty paid, life is restored as Jesus demonstrates his mastery over the grave, removing for all believers the sting of death. And none of this is left to conjecture: three days hence Jesus rose from the tomb appearing to those with eyes to see. All good news, all gospel, but also a call to action.

“…God chose you as the firstfruits to be saved, through sanctification by the Spirit and belief in the truth. To this he called you through our gospel, so that you may obtain the glory of our Lord Jesus Christ.”  2 Thessalonians 2:13-14 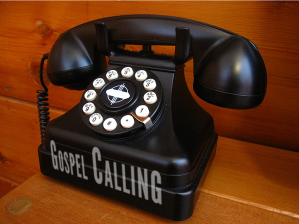 Our calling as Christians from death to life is a blessing of the gospel. We would know no hope and remain in rebellion with God without the gracious intervention of the Holy Spirit of Christ moving us to respond to the good news. So oppressed by the deleterious effects of sin in our lives are we that only the divine Gospel power has the ability to break us free (1 Cor 2:14). The Bible bears witness to the Lord’s own invitation to salvation, the message often falling on spiritually deaf ears.

“…Our gospel came to you not only in word, but also in power and in the Holy Spirit and with full conviction.”  1 Thessalonians 1:5

The blessing of calling overcomes our inability to respond. The gospel message is proclaimed verbally, inviting the listener to repent of their sin and be saved. This sin, however, blinds and deafens us. The louder sound that convinces us that we are not that bad and certainly worthy of heaven prevents us from hearing and responding to the humility of repentance. Our eyes are blinded by the self-idolatry of our independence, not needing or wanting the Creator to be involved in our existence.

Recognizing our helplessness, God mercifully goes beyond the general, external call and calls us. In His time and way, God effectually calls us internally to respond (1 Co 1:9). The Holy Spirit gently sharpens the vision and hearing of the stubborn soul, turning the heart back toward God. The Gospel invitation suddenly reverberates with hope. The formerly blind eyes can see gift before them. Ears that were deaf can hear the gentle voice of God inviting the soul to come and relinquish one’s burden and be saved.

In the magisterial book of Romans, the apostle Paul lays out the good news of salvation. He methodically proceeds in presenting this doctrine from our natural state of rebellion to the hope of reconciliation in Jesus Christ and on to what this means for all of humanity. The arguments are complex, but accessible when approached passage by passage. For example, he speaks of the coming judgment to Jewish readers in Rome: 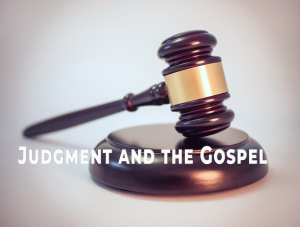 For it is not those who hear the law who are righteous in God’s sight, but it is those who obey the law who will be declared righteous. (Indeed, when Gentiles, who do not have the law, do by nature things required by the law, they are a law for themselves, even though they do not have the law, since they show that the requirements of the law are written on their hearts, their consciences also bearing witness, and their thoughts now accusing, now even defending them.) This will take place on the day when God will judge men’s secrets through Jesus Christ, as my gospel declares.    (Romans 2: 13 – 16)

When we work to unravel this challenging bit of Scripture, we’re caught off guard by the last line in which the apostle associates the day of God’s wrath being exercised in the fullness of its fury with the good news. How in the world is this good news?  The answer, of course, is grace. When the Christian stands before their Lord on that day of judgment barren of all works, we have confidence in grace. It is the condition of our hearts that will be judged, and it is the humbled acceptance of the righteousness of Christ that determines this state. As the apostle restates this good news later in his letter to the church at Philippi, his hope is “be[ing] found in him, not having a righteousness of my own that comes from the law, but that which is through faith in Christ — the righteousness that comes from God and is by faith.” (Phil 3:9)

Tim Keller says this, “… God’s just judgment is fundamental to his declaration about God’s son. Without judgment, salvation has no meaning. Without the reality of God’s present and future wrath, the cross is emptied of its glory.” Oh! how this expands our meditation. Not only is the day of judgment good news because we have, in Christ, no fear, but the horror of the cross is gospel as well. That God placed the fullness of my sin on the shoulders of his Beloved Son rather than my own, that is unimaginable good news. I stand before the Judge in full confidence knowing that my Savior -actually the Judge Himself!– has taken the penalty that belongs to me as his own.

Judgment for the Christian is good news as we already know the outcome. Our gratitude and humility for the atonement of our sin should be reflected in the effort that we devote to sharing this gospel truth with others.

The Gospel of IS Grace

“From the fullness of his grace we have all received one blessing after another. For the law was given through Moses; grace and truth came through Jesus Christ. No one has ever seen God, but God the One and Only, who is at the Father’s side, has made him known.”     John 1:16 – 18 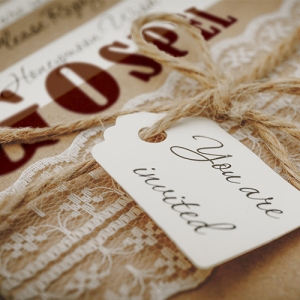 The Gospel is sometimes referred to as the gospel of grace. There is a tremendous amount of truth in that label, but it can also lead to a diminishing of the fullness of the gospel. Our elementary school grammar lessons taught us that a preposition connects a modifying word, an adjective or adverb, to a noun. The purpose of this construct is to give the reader or listener a more detailed definition of that down. This is why it is so important to be cautious in selecting those words that we attach to gospel. The Good News needs no modification. That God, in his great mercy, intervened in history to reconcile humankind to himself is the greatest news that one could ever receive. That this invitation to reconciliation is addressed to everyone takes your breath away.

The Gospel is power; power to save, power to regenerate, power to make holy that which is unholy. (Rom 1:16-17). The Gospel is not just words or an idea or a theological concept, the Gospel is divine power. It is the incarnation of God’s grace, it is alive and growing. The apostle Paul writes to the church at Colosse, “all over the world this gospel is bearing fruit and growing, just as it has been doing among you since the day you heard it and understood God’s grace in all its truth.” (Colossians 1:6)

“He causes his sun to rise on the evil and the good, and sends rain on the righteous and the unrighteous.”     Matthew 6:45

The grace of God is made manifest in his benevolent care for his creation, despite the fact that it has rebelled against Him. The result of this common grace should be the universal recognition that God is present and active in the world. It should result in gratitude as God demonstrates his goodness to all but the rebellious mind is devoted to denying these truths by any means possible.

“Let us then approach the throne of grace with confidence, so that we may receive mercy and find grace to help us in our time of need.”     Hebrews 4:16