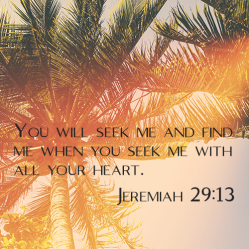 The good news, the gospel of Jesus Christ, is anchored in faith. This is incredible news for many reasons, not the least of which is that it removes the giving or receiving of this gift of grace from our hands. The apostle Paul speaks about the result of the good news, the power of the gospel and our utter dependence on God for its application; “for it is by grace you have been saved, through faith — and this is not from yourselves, it is the gift of God — not by works, so that no one can boast.” (Ephesians 2:8 – 9) We must hear the good news in faith, respond to the gospel in faith and continue to believe in faith for the gift of salvation to have its effect on our life.

In the midst of the magnificent “Hall of Fame of Faith”, the author of Hebrews cements this good news:

“(And) without faith it is impossible to please God, because anyone who comes to him must believe that he exists and that he rewards those who earnestly seek him.” (Hebrews 11:6)

What sets this chapter apart is that the heroes of faith listed all exercise that faith before the gospel of Jesus Christ was realized in full. Their faith was rooted in the promise of the care and the mercy and the benevolence of God, all of these fully realized in the gospel: that Jesus Christ, God incarnate came into the world of man, lived and gave his life as the atonement for sin for those highlighted in Hebrews, those in our day and those who will come after us until that glorious day when Jesus returns again.

The good news, the gospel of Jesus Christ, is anchored in faith. We believe the incredible news that God has dealt with our greatest problem – our separation from him by sin – in Jesus. We believe in the full sufficiency of the Lord’s sacrifice to atone from our sin, no matter its degree. We believe that on that earth-shaking Sunday morning the Lord rose and lives again, continuing to this day his ministry of intercession and care for those who have placed their faith in this good news. We believe and keep on believing.

Few are the Christians who have not heard that God has a wonderful plan for your life. The verse that is given most often as evidence of this truth is found in Jeremiah, chapter 29. Here, he is writing to the exiled Israelites who, in their colossal failure to live up to their end of the Covenant, have found themselves dispersed among the nations. In verse 11 he writes these well known words,

For I know the plans I have for you,” declares the Lord, “plans to prosper you and not to harm you, plans to give you hope and a future.”

Doubt and confusion reign in the life of the believer however when the unending good and prosperity seemingly promised fail to materialize, travail and poverty filling the spaces. This doubt is poison to the soul, hardening it and turning it toward bitterness. The reason for this struggle to link the promise to the reality is that we stop reading at verse 11, ignoring the concomitant call to prayer in the verses that follow.

Then you will call upon me and come and pray to me, and I will listen to you. You will will seek me and find me when you seek me with all your heart. (Jer 29:12-13)

Prayer, consistent, repentant soul-deep prayer, is a requirement for the Christian seeking to understand how their reality, good or bad, reflects the plan that God has for your life. Without prayer, your soul is not prepared to comprehend how your cancer is to be viewed as a blessing. Without prayer, the spirit does not understand the true purpose of a financial windfall. Without prayer, the Church flails about, toying with the practices of the culture, trying to ‘Christianize’ them from afar without getting dirty in the process. Without prayer, our connection with God is tenuous at best. Without prayer, the voice of the Holy Ghost is lost in noise that fills our lives.

The grace of the Lord Jesus Christ be with your spirit.

“ ‘In those days and at that time
I will make a righteous Branch sprout from David’s line;
he will do what is just and right in the land.
In those days Judah will be saved
and Jerusalem will live in safety.
This is the name by which it will be called:
The LORD Our Righteousness.’  (Jeremiah 33:15-16)

Be the bearers of that righteousness in the world until the Lord returns. Judgment is not ours, but the call and ability to bring justice to the suffering is. Extend a hand, be the gospel message.

Confuse the wicked, O Lord, confound their speech, for I see violence and strife in the city.

Day and night they prowl about on its walls; malice and abuse are within it.

Destructive forces are at work in the city; threats and lies never leave its streets. (vv 9-11)

David again pleads to the Lord for deliverance from an enemy that seeks to destroy him. So persistent is this foe that even the king would entertain desires to flee from the situation rather than facing it head on. This strikes the reader on the oblique; here is King David, a man deeply vested in the will of God and secure in His protection and yet he toys with the idea of running away.

I said, “Oh, that I had the wings of a dove! I would fly away and be at rest –I would flee far away and stay in the desert; I would hurry to my place of shelter, far from the tempest and the storm.” (vv 6-8)

What attacker could generate such a willingness to retreat in the mighty king? It is the intimacy of his attacker that sets this foe apart. David envisions a city in chaos, a place in which no peace can be found. A similar sentiment was voice by the prophets Jeremiah (Jer 9:2-9) and Micah (Mic 7:1-6) of being surrounded by sin (cf. Micah – the people are able to sin with both hands) without relief. Worse yet, the enemy in view is one who is close to David, a friend once perhaps. This closeness makes the attack personal and therefore the cuts are deeper.

If an enemy were insulting me, I could endure it; if a foe were raising himself against me, I could hide from him.

But it is you, a man like myself, my companion, my close friend, with whom I once  enjoyed sweet fellowship as we walked with the throng at the house of God. (vv 12-14)

We know these struggles well. Our environment is threatening at every turn. Our friends turn against us when we least expect it. We ponder why; why has God placed us in these situations? Perhaps it is to strengthen our trust. We are allowed to momentarily fantasize about running away from the problems, to avoid them altogether but, only for a moment. Those who trust in Him, trust in Him all the time and in all things, good and bad. Ultimately, our travails play a role in our Father’s ultimate glory. For this, we are grateful participants.

Cast your cares on the Lord and he will sustain you; he will never let the righteous fall. (v 22)

In one week, our Christian lives will be centered on the events of the Passion leading to the worst and greatest moments in the history of the world. We have followed Peter through the Bible and seen his brief moments of glory and his more frequent times of failure and disappointment. As I reflect on Peter I have discovered a danger, a bad effect of this path; looking at Peter can make me think I’m not so bad after all.

That, of course, is the first step backwards away from the Cross.

Stepping away turns our feet towards a variety of attitudes. One that is especially deadly is hypocrisy. The Christian can say how much he loves God, how much she wants to deny self but the reality shows. What am I doing different when I look at Peter and think, well, I would never do this or that. Baloney! You would and DO do such things and only pretend that you don’t. You and I may be able to convince ourselves that we aren’t so bad in this area but God isn’t fooled. He looks beyond our outer actions and into our hearts, in the dark corners and he knows where our true allegiance lies.

Man, surrender can be hard…

When Jesus came to the region of Caesarea Philippi, he asked his disciples, “Who do people say the Son of Man is?”

They replied, “Some say John the Baptist; others say Elijah; and still others, Jeremiah or one of the prophets.”

Of many moments between Jesus and Peter, this confession of belief and faith is one remembered by the majority of Christians. When Jesus asks of the disciples, “Who do people say the Son of Man is?”, He must already know the answer. The responses—John the Baptist, Elijah, even Jeremiah—reveal the spiritual sense of the time. People were looking for a savior but perhaps, not for their souls. Their vision of the anointed one would be like David, a king who would lead them back to national prominence as befitted the people of Yahweh. Jesus asks those closest to Him the same question; do they hold the same nationalistic views? It is here that Peter steps forward as the spokesman to proclaim how the disciples view Him, He is the Christ, the anointed Son of the Living God, someone far beyond the human leader that many others craved.

Jesus asks us the same question. Who is Jesus to you? An insurance policy? A gift giver? Someone to be used as a theological hammer against those who understand Him in a different way? Has this question popped up in your prayer life?

Who is Jesus to you?

Sunday after Sunday in our churches, we laud (and rightfully so) our missionary teams for their travels and service in foreign lands. We are living out the Great Commandment and those who commit themselves to this endeavor find favor with God. While we enjoy the pictures and the stories of transformation, we need to remind ourselves of a parallel concern of Gods; Jeremiah reminds us:

This is what the Lord Almighty, the God of Israel, says to all those I carried into exile from Jersusalem to Babylon: Build houses and settle down; plant gardens and eat what they produce. Marry and have sons and daughters; find wives for your sons and give your daughters in marriage, so that they too may have sons and daughters. Increase in number there; do not decrease. Also, seek the peace and prosperity of the city to which I have carried you into exile. Pray to the Lord for it, because if it prospers, you too will prosper.