Dare we begin to even whisper the word ‘Rocktober?’ The depth and character of this team will be on display in the next several days on a crucial swing through San Diego and San Francisco. I don’t think the Giants know what is headed their way.

Visitor’s frame in the ninth, two outs and two strikes on Torrealba who strokes a bases clearing double off of flamethrower Heath Bell. Boom! It’s a Rockies winner…

The Trolley Dodgers who have laughed off the Rox all year, might be hearing the the Thunder coming up behind them about now. What happened to their comfortable lead in the West?

Ralph Kiner once said “Two-thirds of the earth is covered by water. The rest is covered by Garry Maddox.” Rox phenom Dexter Fowler displays the same effortless ability to cover the gargantuan expanse of the Coors outfield. He has speed and fantastic defensive ability and, one of these days, his bat is going to catch up to his other skills. Not only is he a good guy, he can take a throw off the bill of his helmet from about 10 feet away. One piece of the Rockies resurgence.

A chance to pick up three games on the Trolley Dodgers and to be taken seriously. If they just play the same basic, aggressive ball they played in Oakland last weekend, this might be a wake up call to the boys in blue.

Update: Bummer. Head fake by Dodgers pitcher results in a balk on Ubaldo. I’m surprised the next pitch didn’t end up in his ear but thankfully, Jiminez is a class act. Maybe tonight. 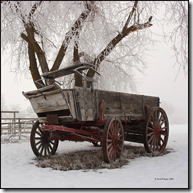 Uh oh! The Rox have lost one in a row which means all of the local sports writers and talkers will be jumping off the wagon and calling for Jim Tracy’s head and the package trade of Stewart, Hawpe, and Helton.

I mean, how hard could it be? These guys, who for the most part have never played the games that they write about, are the worst sorts of bandwagon jumpers. When the Rox were struggling in the early part of the season their daily screed was nothing but hypercritical statements of the obvious; the Rockies were not playing well. There were pontifications about who should be traded away, about how the Monfort brothers would never have a winning team, and calls for the dismissal of manager Clint Hurdle (which ultimately came to be.) It appears that all you have to do is jump off the bandwagon, write how bad the teams are ( including all of the sports teams here in town ) and publish.

But then, as soon as the team gets it turned around, their limbs somehow slither back onto the Rockies express. Take this piece today:

Respect for the Franchise Must Start Here

Hmmm, maybe he means it should start with him ( or Chief-Clown Woody Paige ).

The countdown to spring training game is on! Pitchers and catchers first and the first game 10 days later. Holliday and his sunflower seeds have gone to O Town and their white shoes. The young guns will get an opportunity to step up and take the starting job that they deserve. I can’t wait.

Does anybody else think Todd Helton should retire?

And so opening day of the Rox 2008 campaign finally arrives…it seems like almost five months since we last saw the boys in purple. Here’s a video of the Hawper showing off the pipes to stoke the fires.

until the boys of summer begin to arrive in Tucson for spring training. Thank goodness that somethingball season is now over (the lost time between the end of the World Series and the beginning of Spring Training) we can begin to ancticipate in full. Though it is snowing in Denver today, the sun is out and greening up the field at Hi Corbett field.

Since the Rox play in the foreign Mountain Time Zone and so few people know who they are, I thought I would dig up their first album and scan the cover as a bit of public service.  Helton, Matsui, Carroll, Atkins and Tulowitzki form the inpenetrable infield of the soon to be World Champions.

In response to Eric Byrnes feeble attempt to explain away the DBacks collapse against the Kid Rox where he stated that the Rockies were simply ‘lucky’, the beneficiaries of the obviously tainted umpiring staff, and had clearly been outplayed by the Diamondbacks superior team, young Mr. Tulowitzki opined “They can outplay us all four games. If we end up winning the series, I’ll be fine with that.”

A Clint Hurdle in the making?