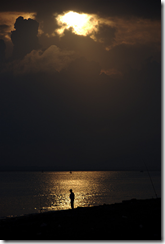 He wraps himself in light as with a garment; he stretches out the heavens like a tent and lays the beams of his upper chambers on their waters. (Psalm 104:2-3)

Feeling the rays of the sun upon our face is one of the simple joys we take for granted. The warmth that brings rejuvenation, a reminder that we are alive. It relaxes us and reminds us of our toil while inhabiting this mortal coil.

The fragility of our skin in the sun’s rays is also a reminder of the source of those rays. We cannot stay long in even the mildest weather as the unseen wavelengths do their work on us. As the beams of His upper chambers strike us our façade, no matter how thick, we are reminded of how His holiness envelopes us. We cannot hide our failings in the light and we are brought to confession and repentance.

Bathe in the light. 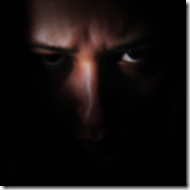 O God, the nations have invade you inheritance;

they have defiled you holy temple,

they have reduced Jerusalem to rubble. (Ps 79:1)

The psalmist writes this opening line from exile. The verses that follow describe the horrors that filled their last visions of the promised land. The dead becoming food for birds, the Temple destroyed, much blood pooled everywhere; there was no end to the desecration of the Lord’s land or people.

And all of Israel knew that they were responsible for bringing it to the land.

How long, O Lord? Will you be angry forever?

How long will your jealousy burn like fire? (v4)

Was it appropriate to question the length their exile from God’s protection? The covenant shaped the boundaries of their relationship with Yahweh. He had upheld His end of the agreement and Israel had, time after time after time, utterly failed at hers. God had no responsibility to restore them to His fold, no covenant requirement to return them to the land and to prosperity.

The conditional structure of the psalm is disturbing to the Christian who is raised on the image of a merciful God. Calling for the crushing and destruction of one’s enemies does not normally occur to us (though we may privately entertain such thoughts.) It is the structure of the requests that trouble us. “Destroy them, curse them” says Israel and then we will worship you forever. Our modern eyes must read this carefully. The acts of destruction and carnage described are, above all, affronts to God. The call for retribution is a call to restore his Holy Name against those who demean it through their acts.

Psalm 79 speaks to responsibility. If we are lacking blessing, we need to return to the shadow of the cross so that, with sun blocked, we can see our own sin more clearly. Repenting, we can seek His mercy and praise Him once again.

“Now, brothers, I know that you acted in ignorance, as did your leaders. But this is how God fulfilled what he had foretold through all the prophets, saying that his Christ would suffer. Repent, then, and turn to God, so that your sins may be wiped out, that times of refreshing may come from the Lord, and that he may send the Christ, who has been appointed for you –even Jesus. He must remain in heaven until the time comes for God to restore everything, as he promised long ago through his holy prophets. For Moses said, ‘The Lord your God will raise up for you a prophet like me from among your own people; you must listen to everything he tells you. Anyone who does not listen to him will be completely cut off from among his people.’ (Acts 3:17-23)

As Peter previously demonstrated, an evangelistic call matches the good news of Christ with the bad news of the sin that separates us from God. The sign of the healed beggar alone should have driven people to their knees right? Would it do so today? The challenge that we face is that people did not and still do not see themselves as in need of salvation. Our modern culture lives by the thought that ‘I’m okay, you’re okay.’ If that were true in the perspective of God’s economy there would never have been a Jesus. But we’re not okay, are we? We are sin driven, sin guided, and we live in a sinful culture. Will pastors preach that this week?

We must be willing to suffer the slings and arrows of pointing out the sad truth to people, even if the consequences of doing so are dire. When Peter voiced these words the people of Israel were in no mood to be confronted with the truth. If the realization of what they had done set in, the meaningless nature of their tiny sacrifices would have fell them like a tree. The cultural facts however, should never prevent us from speaking the truth. Sacrifice is to be a key component of our nature. How’re you doing?

Stackhouse speaks to repentance and forgiveness as themes for reflection during Advent (Entering Advent: Repentance and Forgiveness (I)  ), ideas that are often the focus of our Lenten meditations. The gift of both practices is seen in the release from bondage that ensues. We who practice biblical forgiveness is freed from the bitterness and unloving attitude toward our neighbors that is part and parcel of begrudging one who has injured us. Similarly, repentance breaks the shackles that bind us to the past behaviors and errors. Great gifts indeed.