Like an AM radio signal, the amplitude of the eternal rhetorical war of theology is ratcheted up and wound down by adherents of a particular camp. A recent campaign of bomb throwing posts ignited an insignificant skirmish that left no dead but encouraged the chest thumping of one group to rise to deafening levels. The posts were of the typical ‘Arminians are Pelagians (Sovereignty deniers, Grace deniers, Works lovers, Depravity diminishers, et. al. ) who probably put catsup on their hot dogs’ offerings that regularly appear on this particular blog and, unsurprisingly, generated sound pressure in the echo chamber of Townsend-Blackmore-Young proportions.

Though these blasts are saddening and do nothing to express the Gospel or further the kingdom, it is most troubling to see repeated the rhetorical device I call the “honest reading” argument. When this argument is applied, its intention is obvious yet couched in a false humility so as to sound charitably Christian. The author of the thought will present it something like this: ‘when I finally did an honest reading of John 6:37 (44, etc. choose your proof text)’ followed by a miraculous conversion to Calvinism as the scales fell from their eyes. The complementary accusation is the same but it is used as a challenge: ‘if you would just do an honest reading of Romans 9-11’ you would see that I’m right and you’re wrong and therefore must be semi-Pelagian.’ 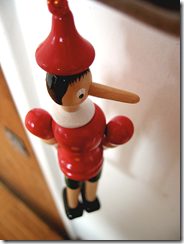 The false humility in both uses is just that, false. The inference in using the ‘honest’ adjective implies that the Arminian has not done an honest reading. In the context of these dust-ups, it is meant to imply that had the Arminian reader not been driven wholly by their desire to locate their theology in the Scriptures or derive a man-centered soteriology then they would have seen the Calvinist truth in what they read. The use of ‘honest’ is a canard. What is meant by the authors is ‘dishonest’.

Brothers and sisters of the Calvinist camp, I implore you to think twice before again resorting to this false implication of your Arminian brothers and sisters. They have done an honest reading of the Scriptures under the enlightenment of the Holy Spirit and have come to a different conclusion than you. They love the Lord and hold to the sovereignty of God. Salvation to them is by grace alone and not by the works of man. Do not approach theological debate by resorting to less than charitable methods. Approach them with humility, true humility, and open to the possibility that doctrines and theological constructs that you hold might not be built on the foundation that you assume. Try an honest listening.