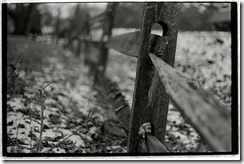 The psalmist expresses his despair in Psalm 129 as he speaks of his (their) oppression from youth. His enemies have not given a moments rest in their persecution and he prays to God for their destruction. We can identify with these feelings so many centuries later. Who among us has not wished evil on someone else?

We’re often puzzled as we read near the crucifixion event when the crowds are given a choice to free Jesus or Barabbas and they choose the murderer. Were the crowds more evil than us? A better question for reflection today is whether or not we do the same thing in our daily life. Do we deny Christ in favor of something else? God knew our ways as He spoke through the prophet Isaiah:

He grew up before him like a tender shoot, and like a root out of dry ground.

He had not beauty or majesty to attract us to him, nothing in his appearance that we should desire him.

He was despised and rejected by men, a man of sorrows, and familiar with suffering.

Like one from whom men hide their faces he was despised, and we esteemed him not. (vv 52:2-3)